Your appointment with the history of science 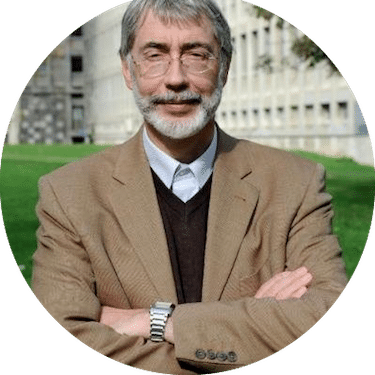 The biographies of the "Scientist of the Month" cycle are written by the professor. Philippe JAUSSAUDUniversity Claude Bernard Lyon 1, EA 4148 "Science & Society: Historicity, Education, Practices" (S2HEP). 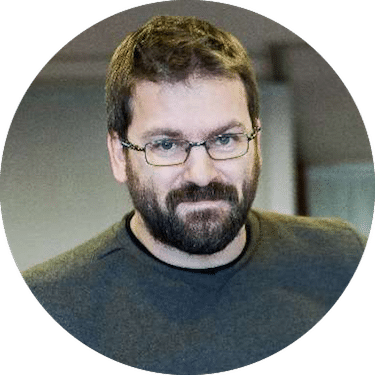 The illustrations for the "Scientist of the Month" cycle are created by students of the Emile Cohl school under the supervision of Olivier JOUVRAY. 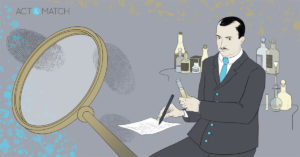 Charles, Noël, Eugène SANNIÉ was born on December 28, 1896 in Janville (Eure-et-Loire). He was awarded a doctorate in medicine and a degree in science (1922), then an agrégation in biological chemistry in Nancy (1926). He finally returned to the capital where he simultaneously became a professor without a chair, head of the chemistry department at the Cancer Institute of Villejuif and director of the forensic identification services of the Prefecture of Police (1930). Sannié was appointed professor at the Faculty of Medicine in Paris (1938), before holding the chair of "Chemistry applied to organized bodies" at the National Museum of Natural History (1941). He died of illness on 29 March 1957 in Paris. The scientist's work, which was very varied, concerned organic synthesis, chemical carcinogenesis and phytochemistry. In addition, like Lacassagne, Bertillon and Locard, Sannié was a pioneer in forensics and forensics. He published La Recherche scientifique du criminel (1954) and co-authored Instructions pratiques pour le relevé correct d'empreintes fingerprints (1940), as well as Éléments de police scientifique (1938-1940). 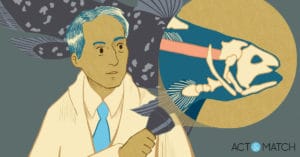 Jean Anthony was born on 23 February 1915 in Châteaulin (Finistère). After a baccalauréat ès lettres (1932), a doctorate in medicine (1939) and a doctorate in science (1946), he made a career in several establishments: at the National Museum of Natural History - where he finally occupied the chair of "Comparative Anatomy" (1962) -, at the CNRS and at the Paris Dental School. Anthony retired in 1984 and passed away on 1 May 2004 in Brest. In the field of descriptive and comparative anatomy of vertebrates, his work concerned the venomous apparatus of snakes and the brains and teeth of mammals. Anthony also describes, with his colleague Professor Jacques Millot (1897-1980), the anatomy of the Coelacanth. The latter work has produced a monumental treatise in three volumes, (Anatomie de Latimeria chalumnae, 1958-1978) and a popularisation work (Opération Coelacanthe, 1976). 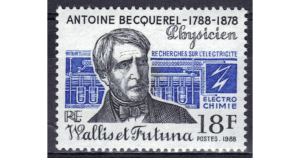 Born on 7 March 1788 in Châtillon-sur-Loing (Loiret), Antoine-César Becquerel studied at the École Polytechnique. He initially pursued a military career. Retired from the army in 1815, Antoine-César devoted the rest of his professional life to research. He entered the Academy of Sciences (1828) and became the first professor of "Physics applied to natural sciences" at the National Museum of Natural History (1838). Being interested in mineralogy, as well as in several fields of physics, the scientist discovered fundamental laws. He also innovated on a technical level, designing a constant-action battery, an electromagnetic balance, a differential galvanometer, an electric thermometer, electroplating, a synthesis of mineral crystals, and so on. Antoine-César died in Paris on January 18, 1878, initiating a long scholarly dynasty: his son Edmond, his grandson Henri - discoverer of natural radioactivity - and his great grandson Jean will succeed one another in his chair of the Jardin des Plantes. 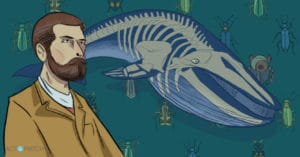 Son of a hospital practitioner, Henri Emmanuel BEAUREGARD (1851-1900) was born on December 6, 1851 in Le Havre. He studied medicine and pharmacy in Paris, becoming Doctor of Science (1873), Doctor of Medicine (1877) and Associate of Pharmacy (1879). After beginning a teaching career at the École supérieure de Pharmacie de Paris, Beauregard left this establishment to become a naturalist assistant to the chair of "Comparative Anatomy" at the Muséum national d'Histoire naturelle (1883). He ended his career as professor of "Cryptogamy" at the Faculty of Pharmacy in Paris (1898) and died prematurely in Grasse on March 25, 1900. Beauregard's work concerned the vascularisation of the eye of vertebrates, the anatomy of cetaceans, comparative osteology, the anatomy and biology of vesicant insects, as well as the Cryptogams of ambergris. In addition to all this, there are several educational works (microscopy, medical matter, etc.). 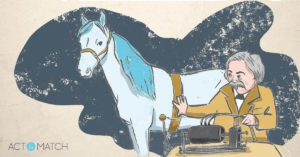 Son of a blacksmith, Jean-Baptiste Augustin [dit Auguste] CHAUVEAU (1827-1917) studied veterinary medicine at the Alfort school (1844-1848). He then moved to Lyon, where he held two chairs: "Anatomy and Physiology" at the Veterinary School (1863) and "Experimental and Comparative Medicine" at the Faculty of Medicine and Pharmacy (1877). Finally, Chauveau was the last professor of "Comparative Pathology" at the National Museum of Natural History (1886-1914). His work, for which he entered the Academy of Sciences (1886), was brilliant. Chauveau described - with Étienne-Jules Marey - the various phases of the contractile work of the heart, thus founding modern cardiology. He also studied neurology, bioenergetics and infectious pathology. Chauveau senses the microbial origin of animal diseases, demonstrates the uniqueness of human and bovine tuberculosis and prepares a vaccine against anthrax. 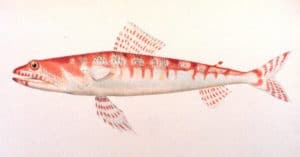 Of noble lineage, Bernard, Germain Étienne de LAVILLE-SUR-ILLON, Count de LA CEPÈDE (or LACÉPÈDE) (1756-1825) had a passion for music and science. Buffon, whom he admired, appointed him warden of the cabinet in the King's Garden (1784). After the fall of the Ancien Régime, Lacepède became professor of "Zoology (Reptiles and Fish)" at the National Museum of Natural History and member of the Academy of Sciences (1795). His political career was no less brilliant: deputy of the Constituent and Legislative Assemblies, Grand Chancellor of the Legion of Honour, Count of the Empire, Minister of State, Peer of France, Grand Master of the University, Lacepède accumulated honours. He is notably the author of a Natural History of the Oviparous Quadrupeds and Snakes (1788-1789) and of a great Natural History of Fish (1798-1803), which extend Buffon's work.

[ultimatemember form_id="888"]
By continuing to browse this site, you accept the use of cookies that will enable us to compile visit statistics and thus better understand your interests.OkNoTo know more about it